Rituals rooted in ancient tradition are evermore trending their way into contemporary life. And with energy itself having its moment, there has never been a more fitting ritual for the modern day wellness gal than a Palo Santo cleanse. 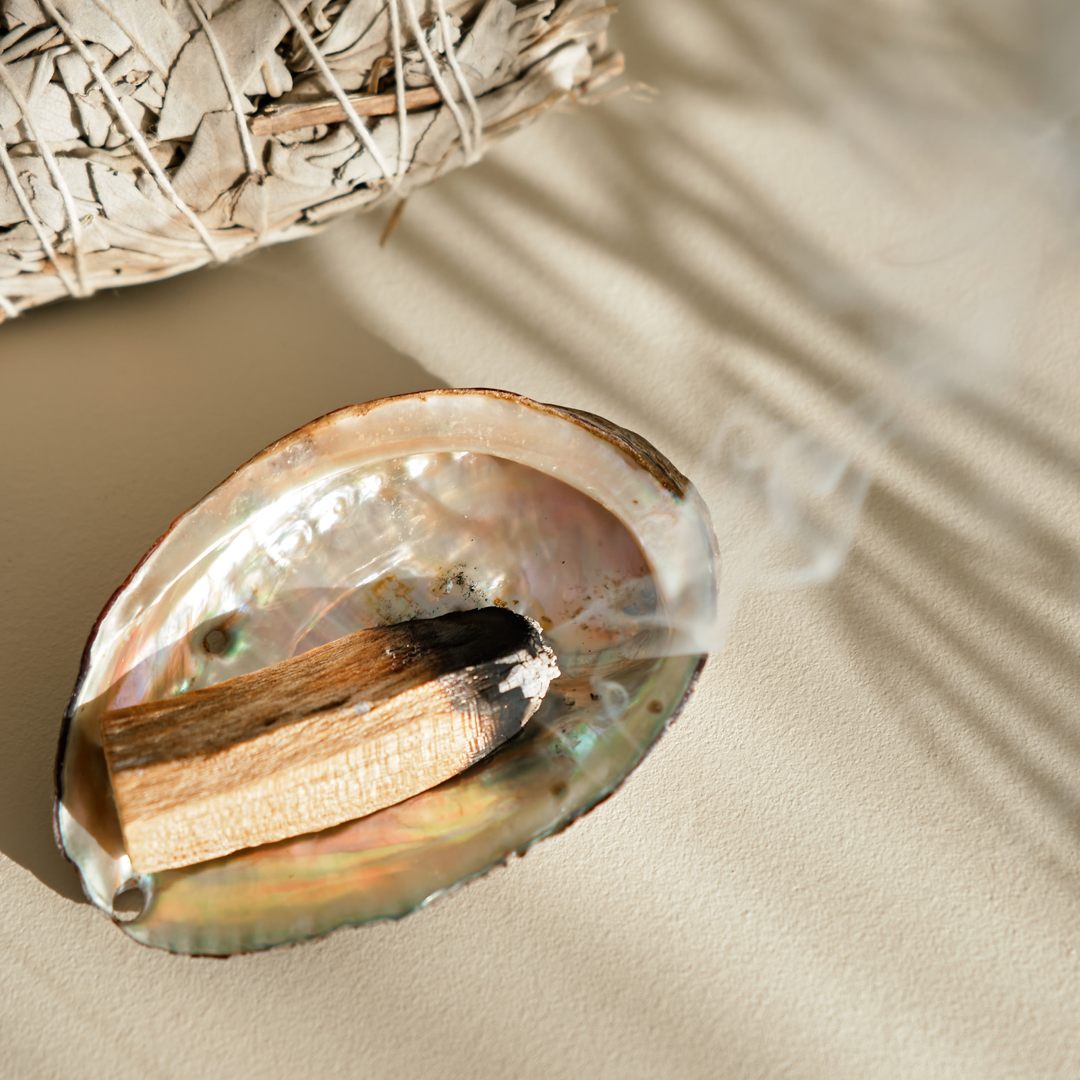 Palo Santo, which translates in Spanish to “holy wood”, is a sacred wild tree native to select areas in South America. For centuries the wood has been burned during spiritual ceremonies as an energy cleanser, to help neutralise negativity and attract sacredness within a space. So whether you find it difficult to not bring a bad day’s work home, or there’s some conflict in the house, or you just feel the need to cleanse away any icky bad vibes, Palo Santo might be just what you’re looking for.

Sounds great. Is there anything I need to be wary of?

Unsurprisingly, as Palo Santo burns it releases a smoke. And inhaling smoke doesn’t come without its risks, mainly when inhaled over a long time or at high exposures. While there is a lack of research on how much Palo Santo is too much, it is important to be mindful when burning. Everything in moderation, after all.

Noted! So, how do I perform an energy cleansing ritual?

Once you have your intentions set, light your Palo Santo bundle and hold at an angle pointing the tip down towards the flame. Allow to burn for 30 seconds then blow it out. The stick will now smoulder and release smoke, which you can either leave to rest on any heat-proof surface, or you can use for smudging.

If used for smudging, walk around the room or space gently fanning the smoke whilst focusing on cleansing the energy. Try to be present in the moment.

Once you’ve finished, reinforce the positive energy by reciting your intention aloud or in your head.

When should i perform a cleanse?

Whenever you like. As long as you are conscious of your exposure as we mentioned, it is up to you when you decide to cleanse your space. But here are some suggestions: